The following article is an advertorial from RDA. The Saudi capital is on the move with a Public Transport System – incorporating metro and bus networks – that is months, not years, from completion. Some would say delivering a project of this scope and complexity in such a short timeframe is an art. 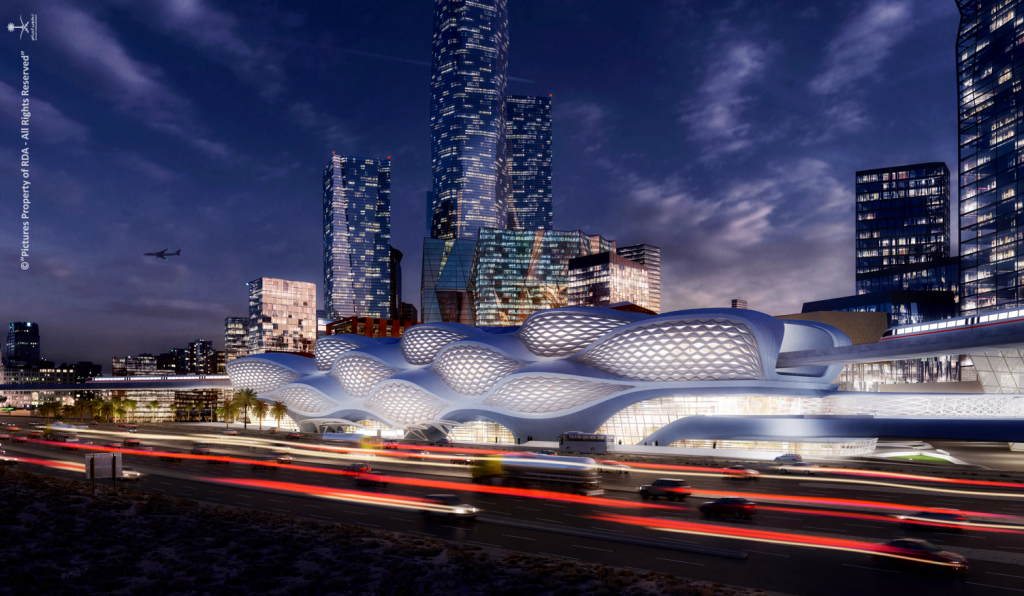 The city of Riyadh, capital of the Kingdom of Saudi Arabia, has expanded in area over 500 times in the past 70 years and today sprawls across more than 1,400km2. Its streets currently witness more than 9 million car trips per day, raising problems of congestion, pollution and reduced mobility that threaten to choke economic prosperity in Riyadh. Future growth is expected to continue unabated, and with it a boom in population. Currently the city has a population of 6.9 million, however, this is expected to increase to 8.3 million by 2030.

Five years ago, Riyadh planned to build just two lines, in response to the city’s requirements at that time. However, a decision was made to extend the Metro to 6 lines and fully integrate a citywide bus service. This extends coverage to most of the densely populated areas, public facilities, as well as governmental, educational, commercial and medical institutions. The network will connect the King Khalid International Airport and King Abdullah Financial District, in addition to main universities and the downtown area.

What is more, the Riyadh Public Transit System has been planned and designed to connect future developments within the city. An example of this is the five metro stations that have been built at strategic locations to serve visitors to the planned King Salman Park, a future development at the heart of Riyadh that will include a huge park, residential and leisure facilities in an area four times the area of Central Park in New York City.

The result is a responsive, future-ready network that will serve the city’s entire transport needs for generations to come.

A masterpiece in unified design

Innovation and inspirational design have been at the project’s heart since day one. One of the foundations of good design is a unified approach, not only to give the Riyadh transit system a unique, consistent identity, but to deliver cost and implementation benefits.

For example, a unified design has been adopted by three international metro car manufacturers to ensure the trainsets have the same visual design. This required only one approval of the design, saving time and money.

Similarly, metro stations have been designed according to a unified architectural plan, giving the project a consistent look and feel, while saving costs on standardized construction materials, techniques and processes.

That’s not to say unified design has stifled creative flair. The project includes four iconic stations and interchanges that have been designed by leading international architect practices, most of which are nearing completion.

The art of collaborative construction

Due to the size and scope of the project, two international consortia of engineering companies (PMCMs) were commissioned. Right from the word go, it was understood that collaboration was vital to success, not only where there was a need to integrate construction of interchanges and operational aspects, but also in the sharing of information and experiences across all areas of the project.

Where challenges occurred, solutions were quickly shared with the other consortium. The result being a smoother integration, fewer technical setbacks and a faster construction pace.

To give an indication of the speed of delivery of the project, from the ground breaking ceremony to the present day, average rate of track laying is 35km and 14 stations built per year. Today, the ground grade track is complete, as are all tunnel boring works and viaduct sections.

Overall, the construction of Riyadh’s new Metro and Bus network will re-engineer the city and renew its infrastructure. In addition, it will contribute to its urban enhancement through its newly developed sidewalks, street furniture, bike paths and green areas.

New technologies are evident throughout the project, helping to drive efficiency, maintain safety, reduce operating costs and enhance passenger experience and comfort. Below are just a few of the many innovative technologies, materials and processes adopted to ensure Riyadh is at the cutting edge of technology integration.

The project will have 190 trainsets, with the network designed to accommodate up to 338 trains when needed. Every one of those trains is driverless and designed to run on standard-gauge tracks.

The trains have been designed with the region’s climate in mind. One such feature is a more powerful air conditioning system, capable of delivering sufficient cooling capacity, even in extreme heat. Another feature is additional protection of the bogies, traction drive, brakes and doors in order to operate in Riyadh’s harsh weather conditions.

Rolling stock is made of up to 98% recyclable materials, and the braking system regenerates energy feeding back to the medium voltage network.

All stations will be equipped with passenger information systems and free internet access, ensuring passengers can receive travel updates in real time.

The network’s card payment system will be completely integrated, allowing passengers to pay for metro and bus journeys, as well as taxi providers, such as UBER. This is all part of Riyadh’s plan to incorporate ‘First to last mile’ integration and incentivize the use of public transport within the city.

The art of public engagement

While the project progresses, life must go on in the city. Great efforts have been made to minimize inconvenience to citizens’ daily lives. Traffic updates are broadcast daily on local radio, a call center assists commuters, and communities, businesses and organizations are kept up to date ahead of works that will affect them.

Early on it was decided that in order to gain the support of the community there would have to be an ongoing public engagement program. Examples include displaying children’s drawings on work site hoardings; a naming competition for the tunnel boring machines (TBMs); and posting regular project progress updates on social media.

It was felt important to create a sense of ownership among residents, through explaining what was going on and how it will help in realizing the goals of Vision 2030. A visitor center was built and members of the public, schools, associations, and local business groups were invited to discover the positive impact the initiative will have on their lives.

Thanks to these and other community engagement activities, Riyadh has won the minds and hearts of citizens. Five years of construction are coming to an end, yet citizens understand the benefits Riyadh’s Public Transport System will deliver, not only to themselves but to future generations.

Over the coming months the project will concentrate efforts on the implementation and running of the system. The bus network is scheduled to come online within months, followed by the 6 metro lines.

Continuous staff training is in progress across all levels, from the control command center teams to individual bus drivers and station attendants. Systems will be tested, passenger flows analyzed, and performance optimized. The fare card payment system will go live and extended in phases to include taxis, and additional future integrated modes such as autonomous vehicles and pickup and drop off bicycles in parks. As one journey comes to an end, another begins… but one thing is certain, Riyadh is moving in the right direction.

To deliver such a grand, complex project is a real achievement. Doing it in such a short timeframe, well, that’s a real art.

The Riyadh Public Transit Network will be participating at the forthcoming UITP Summit 2019 in Stockholm. To discover more about the art of delivering the world’s youngest public transit system, visit Stand A2000. 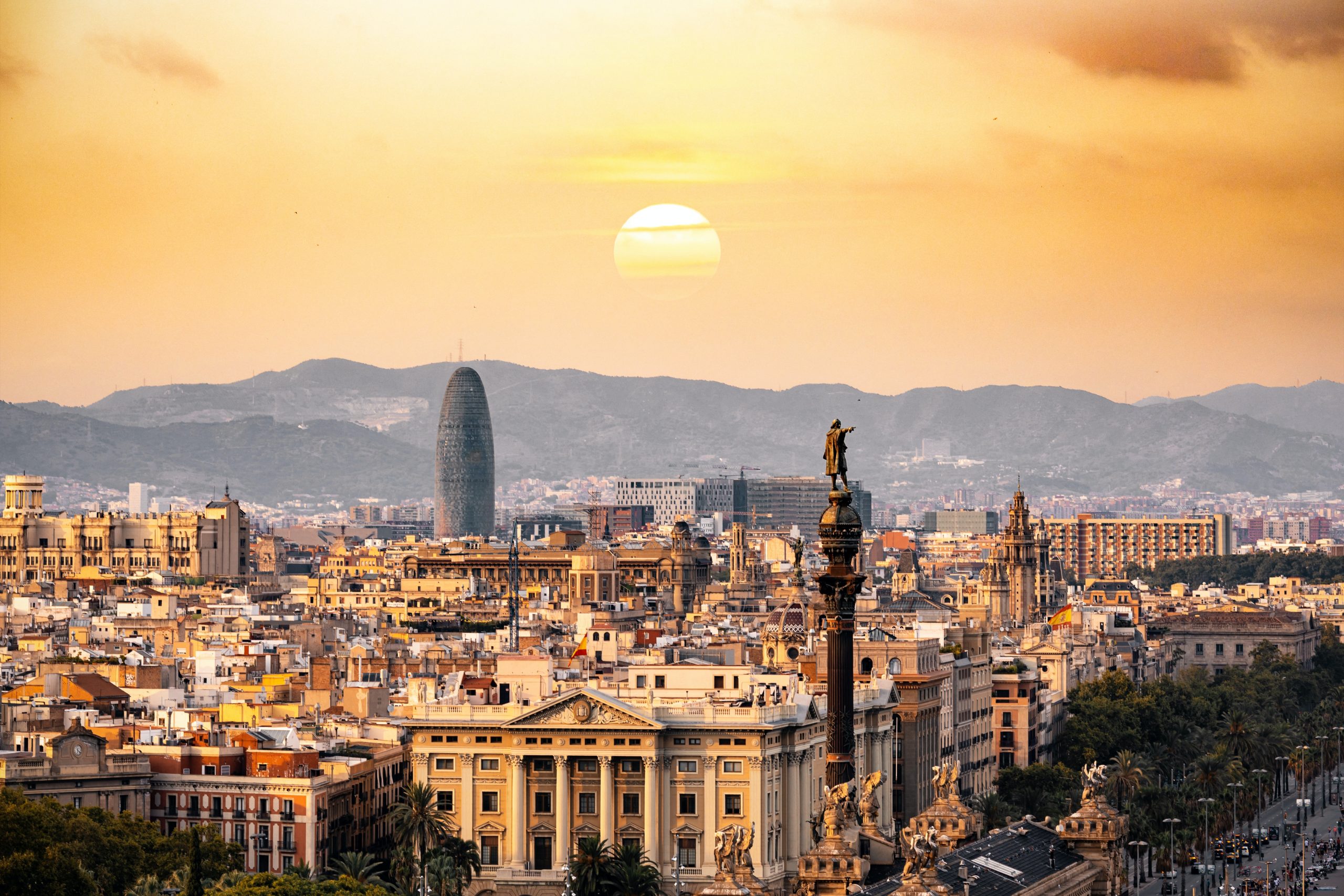